There are 32 different types of lavender, a beautiful purple plant that flowers all summer. Eighteen months ago I bought 2000 tiny organic plants, each the shape of a large fist. I had a pebbly, dry field on a steep hill on my Tuscany property. It is south facing and has very little water which is apparently what lavender loves. I’ve been told by the local village gossip machine ( most takes place in the café in the square) that lavender is very much like women and grape vines. The more they suffer, the better they do! I take this with a pinch of salt, especially the women bit. Mind you, some of the ancient old ladies I have met in these medieval towns, widowed and all dressed in black, seem to have made a living out of the suffering bit. That’s probably not fair to say as I am sure they have had their share of suffering but I think you know what I mean.

My marvelous farmer Luciano and I ( well me just really getting in the way) planted these baby lavender bushes hoping that one day they would grow into one of those magnificent visions you see in the South of France. Sadly, after all the expense and the effort, I began receiving pessimistic comments from both locals and expats. There are few lavender farms in Italy. In fact, the Italians rarely grow anything they can’t eat! They will grow every type of vegetable, edible foliage and all kinds of crops, but you will encounter few flower shops. But I swallowed all the head shaking advice and stuck to my vision. Between us, the real purpose for the lavender was just to make the barren field look pretty, the idea being that as the ladies taking part in my retreats approach my property, they would be breathless with the colours and perfume.

Well, the lavender flourished. Each grassy little ball suddenly sprouted long arms emulating a green hedgehog. By mid summer, the hillside had become a rolling sea of purple. Woo hoo, I was a ‘farmer’! At our Tuscan Girls’ Getaway, every woman is given a pouch of our dried lavender to help with jet lag and to take home to sweeten her linen closet.

One evening my old man and I were at dinner party chatting with mostly Italians. Well, he was chatting and I was sitting quietly, a rarity, as I understood only the odd word. The more wine was consumed by the party of revelers, the more sober and quiet I became. The thrilling, hilarious conversations surrounded me and I understood… nothing, niente. I love dinner parties and I am usually the chatty one as I have so many stories to share that I think are fascinating, even though the other guests might be bored rigid. I was sitting quietly nibbling on yet another bowl of olives when a beautiful Venetian woman began to chat to me about her lavender oil .

She was a specialist in making herbs and oils and had just moved her entire operation to produce essential oils to a laboratory a mile from me. She made her oils from all kinds of organic plants which she grew, but she had yet to plant lavender. How often does a business opportunity throw itself at you like that? I have a field of lavender… she makes the oil but has no lavender… hello! By the time ‘ dolce’ was being served, we were in business. This summer, Maria Christina infused several massive glass jars of my olive oil with my lavender. These bulbous glass domes soaked up the summer sun until the end of September like fat Buddhas outside their temples. We then filtered the oil and, voila, we had the most natural, luxurious perfumed massage and body oil imaginable.

Making the essential oil was a little more laborious. Rows upon rows of the lavender were cut, washed and then put into a contraption that looked like a distillery from the deep South for making moonshine. This produced the strongest essence of lavender imaginable. We sat and stared at this oversized chemistry set for hours, as drop by drop the oils were distilled from the plants. No wonder a tiny bottle of essential lavender oil is so expensive.

The properties in these oils are also quite astounding. Lavender was used extensively in the hospitals during World War 1 for its ability to heal everything from wounds, burns, headaches and calming the nerves. Lavender, in all its forms from, including teas, seeds and oils, is today used for many purposes, especially to aid sleep. A tiny drop on a pillow will relax you, help with any anxiety, and send you into the most relaxing sleep.

The exciting news is that these bottles of both essential lavender oil and massage/body oil have been shipped to Canada for you all to enjoy. Just check out my website and you will see them available for purchase. I only have 400 bottles from my sunny field in Toscana so it really is first come, first served. They are not expensive compared to whatever else is out there and all they contain is lavender, olive oil, sunshine and the occasional rain.

Please, please let me know what you think if you try it! 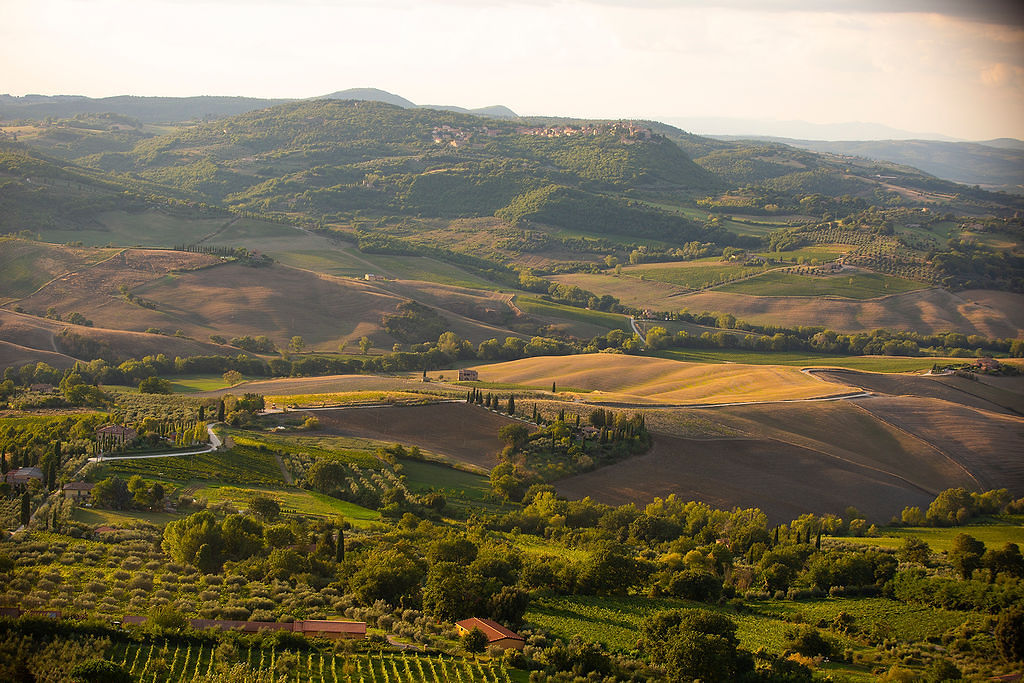